It’s been a pretty rough week. Work has been hectic and with hurricanes coming, we’ve been getting tons of rain. I don’t think we’ll get hit by the hurricane, though. Last weekend I got to go see some of my missionaries out in Houston and it was so great because I’ve missed them so much! One of the sisters is going to be done with her mission in December so then I’ll finally be able to give her a hug (because sister missionaries aren’t allowed to hug guys on their mission).

I’m still working on that polaroid album for my favorite missionary. Since the weather’s been too terrible to take any good pictures, I’ve decided to hold off on giving it to her until her birthday which comes up in about a month. I’m still going to go see her this weekend, though. I’m going to give her a nice letter and one of those keys that’s actually a knife. The area they have her in is pretty sketchy so I have to give her a fighting chance. The knife isn’t that big but as long as she aims for the soft spots, she should be alright. She’s pretty tough. 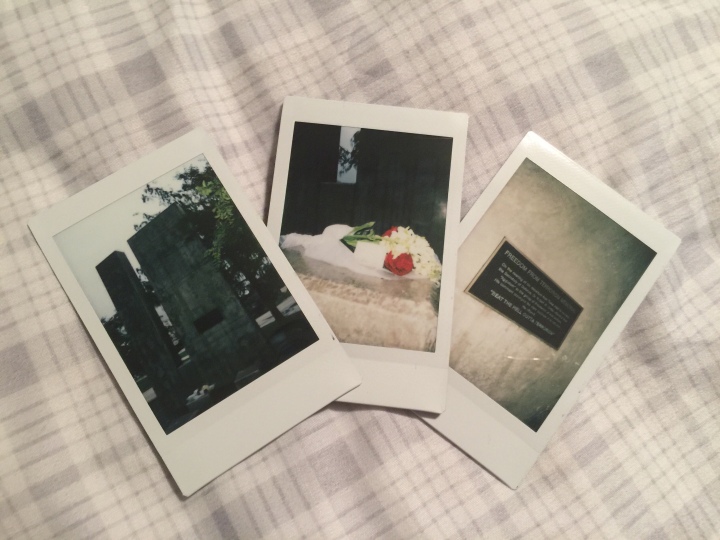 The pictures that were the hardest to get so far were the ones I took of the 9/11 memorial on campus. It was raining off and on that whole day but when I checked the radar, it said that the rain was going to stop around the time I got off of work. I thought that worked out perfectly. After work, I headed straight to the Institute because it’s right across from campus and not too far of a walk to the memorial. On the way to the memorial I saw my favorite missionary’s previous companion and told her happy birthday because her birthday’s on 9/11.

When I got to campus, I stopped by the statue of Pinky Wilson (the guy who wrote the Aggie War Hymn in a trench in France during WWI) so I could take a picture of him for the album. I think I wasted too much time on his picture because it came out too dark and it also started to rain a little bit while I was there. I had to fast walk over to the memorial to get the pictures I came for before the rain started to come down.

On the evening of his departure from Texas A&M to become the Secretary of Defense, Dr. Robert M. Gates offered a true “Aggieism” to the group of thousands of well wishers. His comment conveyed the clear purpose of his mission. He offered,

And that’s exactly what we’re gonna do to em, Ags!

Even though I was soaking wet by the time I walked back to my truck, I wouldn’t have traded the rain for any amount of sunshine.

This site uses Akismet to reduce spam. Learn how your comment data is processed.

Jeston is a former student of Texas A&M University, author of the Jesse Granger: Bushranger series, and a volunteer at the Cameron Park Zoo in Waco, TX.

Check out my first book – Jesse Granger: Bushranger in Hit the Ground Running! 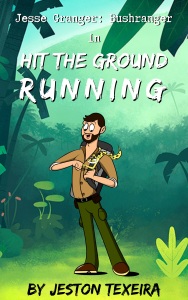 See what you missed!